In celebration of Project Earth, our exciting forward-thinking initaitive which explores more sustainable ways to shop, we caught up with the winner of our Tune Into Nature competition to create a song inspired by nature, as well as four rising talents whose submissions we admired. From beatboxing a birdsong to personifying Mother Nature through music, here our young songwriters discuss how the natural world influences their creativity and why they were prompted to create an original soundtrack in the wake of a global lockdown. Tune out of the bustle and into their beats below.

Back in March, we joined forces with Yorkshire Sculpture Park and the University of Derby to host a music competition asking 16–29 year olds to create a song inspired by nature. The prize? A £1,000 grant to support their musicianship, a professional recording session and a commitment to broadcast their track throughout the Selfridges London store. The competition was born from research conducted by the university’s Professor Miles Richardson and the National Trust that revealed that awareness and appreciation for nature rose by 46% over the UK’s summer lockdown period, with many choosing to spend more time in the great outdoors. “Noticing nature can not only bring significant improvements to our mental health, but also to nature’s wellbeing,” says Professor Richardson, “as those who are tuned into nature do so much more for it.”

After detailed listening by a host of expert judges, including musician and composer Martyn Ware and Yorkshire Sculpture Park’s Head of Curatorial Programme, Dr Helen Pheby, we are thrilled to announce Lydiah Higham (known professionally as LYDIAH) as the winner of the competition with her track ‘I, Eden’, a song written from the perspective of Mother Nature. Keep your ears pricked for the song, which will be played throughout the Selfridges London store from 3 to 10 October, or listen below.

Fresh from the recording studio, LYDIAH spoke to us about establishing herself as an artist and the story behind her winning track

LYDIAH recording her track, 'I, Eden', in the studio

When did your love of music begin?

I’ve always loved music but didn’t really delve into it too much until I was a bit older. I used to write poetry and later made it my mission to learn the guitar. Once I was able to form a few chords, I began to write my own songs. It blossomed from there.

How would you describe your sound?

What inspired you to enter the Tune Into Nature competition?

It was right up my street because I love nature and briefs that involve songwriting. I often tend to reference nature in my music, so naturally I was fully dedicated to it. Having the track played in Selfridges and the session in the professional recording studio is an incredible opportunity – I’m so grateful to have won.

How would you define the soundtrack?

It’s quite mellow and whimsical and not very upbeat, but it has a strong backbone to it. The lyrics and the melody carry the song – that is the focal point. It’s definitely a very light and airy track, but the vocals are direct.

What’s behind the name of the track, ‘I, Eden’?

‘I, Eden’ is named after the Garden of Eden. The garden is known for its beauty and purity, so I wanted to bring the feel of an earthy environment into the track. ‘I, Eden’ is written from the perspective of Eden, who can tell how human life has slowly destroyed all things natural – her ‘beauty’.

LYDIAH, winner of the Tune Into Nature prize

We live in a very fast-paced world. For me, nature is a little safe haven.

- LYDIAH (musician and winner of the Tune Into Nature prize)

How have you, personally, been tuning into nature?

Over the past few months I’ve definitely been a lot more tuned into nature. We’re living through very odd times, which has really made me focus on the little things in life that we sometimes take for granted. Even if it’s just going for a walk in the morning or taking some time to admire the birds outside, it really does ground you.

When and why did the theme of nature become an influence?

Nature has always been a theme in my material – I find a lot of comfort in it. I don’t think people appreciate nature or see the benefits of it as much as they should, which is partly why I write about it so much. We live in a very fast-paced world, and, for me, nature is a little safe haven.

What’s next for you as an artist?

I’m in the process of writing and recording a debut EP, which is incredibly exciting. Once that has been released, I’ll hopefully start to establish myself a bit more outside of Liverpool – I have a lot of exciting projects planned for the future.

Listen to LYDIAH’s ‘I, Eden’

We also caught up with our runners-up...

From a joyous, synth-pop submission inspired by childlike adventures to the beatboxer transforming birdsong, we meet four highly commended musicians who entered this year’s Tune Into Nature competition. 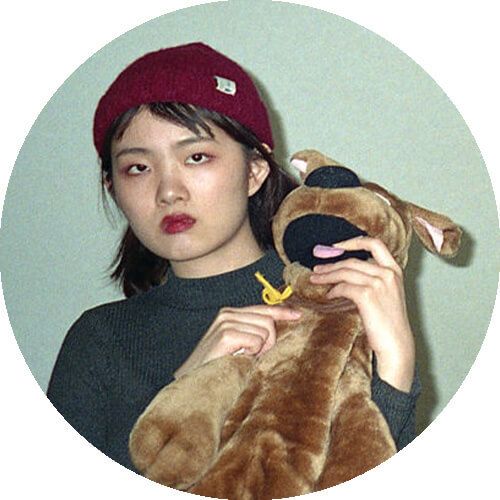 “This song is a spontaneous fairy tale about protecting nature and enjoying a moment with trees, seas and mountains.” 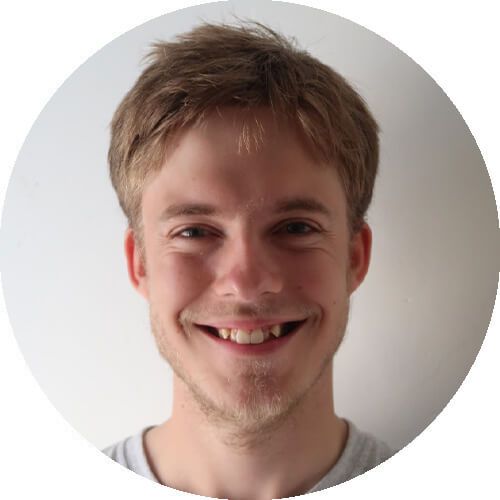 “As a beatboxer, I played around with creating birdsong. This song represents the freedom of summer when the breeze is warm and the sky is blue.” 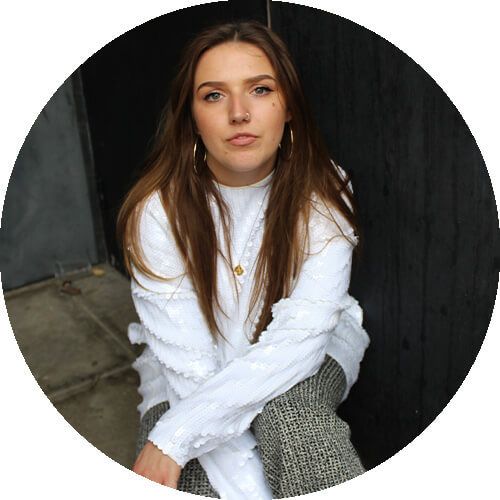 ‘Beaches on the Thames’

“The track explores the fact that lockdown has slowed us down enough to notice that we are living through a global environmental crisis and that now is the time to make meaningful changes.”

Sarah Carton · Beaches On The Thames 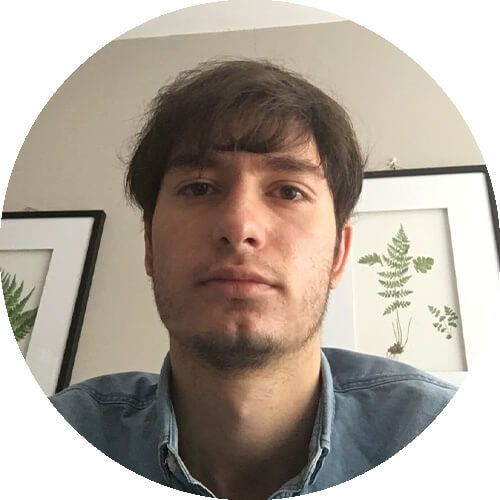 “I recorded this song on an app in the woods after stumbling across hundreds of snowdrops – they became a metaphor for finding a sense of calm in life.”

Since 2018, we have partnered with Yorkshire Sculpture Park (YSP) and its Head of Curatorial Programme, Helen Pheby, on an ongoing series of curated collaborations – including The Art Block in our Accessories Hall at Selfridges London (see below for more details). Helen has selected a few of her highlights from Yorkshire Sculpture Park for us to enjoy online and remind us to connect with nature.

Gavin Turk rose to prominence in the early 1990s as part of the Young British Artists movement. He has created over 600 artworks referencing eggs, which have a metaphorical role as a symbol of life and creation, originality and mortality. Oeuvre (Verdigris) is bronze with duck-egg like markings and is part of a series based on different birds’ eggs, whose titles play on the similarity between the word for an artist’s lifework – ‘Oeuvre’ – and the French for egg – ‘oeuf’. In the natural landscape setting at YSP, next to a lake, the sculpture seems realistic and familiar, while also being comic and surreal due to its size.

Inspired by a visit to Park Güell, by Antoni Gaudí, in Barcelona, Niki de Saint Phalle made bright and engaging sculptures for people to enjoy in a natural setting (Buddha is a firm favourite with YSP visitors). Saint Phalle believed that art and an appreciation for the natural world are what sustained her mental health after a period of crisis in her twenties. We’re planning to host a Saint Phalle exhibition, called The Joy of Living, in collaboration with Omer Tiroche Gallery, which will share the artist’s contagious enthusiasm for nature.

Courtesy of the Hepworth Estate

Barbara Hepworth was born in Wakefield, where YSP is situated, and became one of the most significant artists of the 20th century. She was keen for her work to be experienced in an open air and natural setting, writing that she “kept on thinking of large works in a landscape: this has always been a dream in my mind”. The Family of Man is Hepworth’s last major work and is not only a personal family tree, but a universal one, leading up to the Ultimate Form or Ancestor. Situated among trees at YSP, the figures remind us that we, too, are part of nature.

Ai Weiwei is a highly respected and influential artist and activist, with a multidisciplinary practice that includes sculpture, architecture, writing and music. Iron Tree continues on loan following the artist’s 2014 exhibition and is part of a tree series inspired by the wood sold by street vendors in Jingdezhen, southern China. The sculpture comprises 97 cast-iron elements, interlocked using an exaggerated version of a classic Chinese method of joining. It expresses the artist’s interest in the importance of the individual, without which the whole would not exist, and is beautifully suited to the contemplative context of YSP’s chapel courtyard.

David Nash is recognised worldwide for an artistic practice dedicated primarily to working with trees and wood. Nash undertook a residency at YSP from 1981-82 and created site-specific installations – some were planted and continue grow; others are ‘going’ and will disintegrate back into the earth. Nash considers his artistic intervention in the life cycle of his material to be temporary, although some works will last for many decades, they will ultimately decompose and contribute to new life such as Black Mound, which is beautifully positioned next to one of the lakes at YSP.

Every six months we showcase new work by ground-breaking artists at The Art Block in our Accessories Hall at Selfridges London – from new commissions to pieces borrowed from the Yorkshire Sculpture Parks’s collection. This series of collaborations is curated by Helen Pheby, Head of Curatorial Programme at YSP.

Discover the story behind the current pieces by Emma Gibson (pictured) and previous works by clicking below.